“Adrian Younge – a third of the group alongside hip-hop heavyweights DJ Premier and Royce da 5’9″ – kicked things off with a masterclass in breaks, breaks, breaks. Exclusive Premier breaks, original breaks from classic-era hip-hop history, breaks from Younge’s personal catalogue used on the PRhyme project; we had it all.” Boiler Room 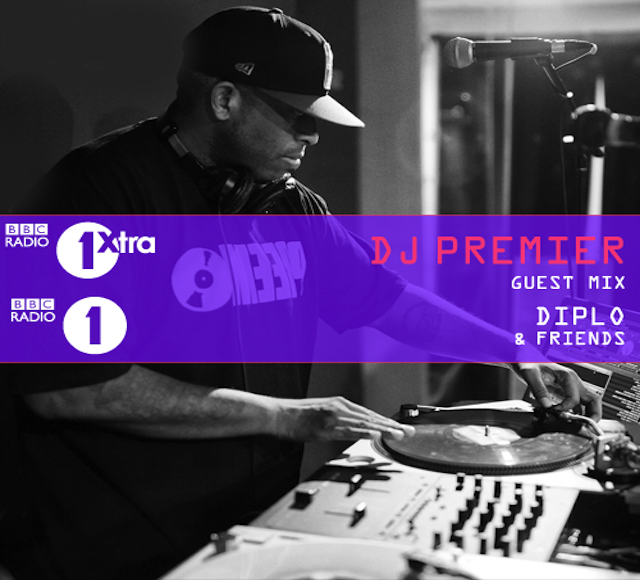 Many believe “Beat Juggling” as we know it today is stale, synthetic and flat lines after a few quick seconds. One reason for this is a lot of battle DJs are working with beats that are produced on a computer grid. Sequenced copy and paste style. There’s no soul in that! Factor in the unrecognizable songs competitors are using and you’re audience won’t be able to acknowledge what is your doing to the music. This leads to a disconnect between you and the people you’re supposed to be performing for.

“legendary hip-hop producer & 7″ encyclopedia, The 45 King, at his home in New Jersey doing an extended DJ set. This guy has produced some of the biggest hip-hop tracks of the past 25 years so it was a stand-up pleasure for him to grace us with an exclusive mix.” Boiler Room Tv

Enjoy and Be Educated #1425: The Allowance Money Mix, Part 4 (Old School Hip-Hop) by The Diggers Union Local 1200 on Mixcloud

DJ Mark “The 45 King” is well known for his production with the “Flavor unit” and “Queen Latifah”, but the underground Deejay/Producer also has a whole range of hit records from 1987 – 2000. (45king.com) Check out his latest break beat video titled 45 King Making the Beat Demos 1. (More..)

Recently the CBS morning show reported that vinyl record sales have tripled since 2008. That is only 2% of total album sales, but it does shows how record collecting is reaching a whole new generation of music fans. It also means $ for companies that have been re-release classic material on vinyl. In Hip-Hop Deejays have traditionally been a part of Hip-Hop groups. If the trend continues maybe it will signal the return of the MC & Deejay duo in Hip-Hop as well. We will see but for now it looks like Vinyl has definitely got its groove back! (The Diggers Union)

This is a documented history of the original Records that started it all! “Apache” by the Incredible Bongo Band was the records that DJ Kool Herc extended the breakbeat on, by using two turntables to play back to back. After that History was made. Grandmaster Caz, DJ Tony Tone of the Cold Crush Brothers, Grandmaster Flash and Afrika Bambaataa were some of the first to play the record and help influence the birth of Hiphop. This record is the original Hiphop National Anthem so check out the “part” documentary “Sample this”!

Boiler Room is the world’s leading underground music show. Their website showcases a variety of international shows. (Boiler Room.Com) This is Mr. Carmack a London based Dj showing off some of his smooth beats and mixes. It’s pretty dope so press play and let it rock this morning!

This is Dj Remedy in the finals were filmed back in February but they are just now releasing videos from the event. It was hosted by Lord Finesse and filmed on Saturday, February 1st, 2014 at Webster Hall, New York City, NY. 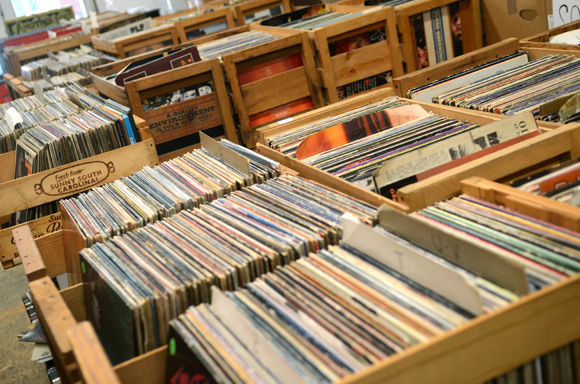 Hip-Hop Producers and DJ’s historically would travel far and near to record stores, yard sales, church basements and even record conventions to find that rare piece of vinyl. They hoped that the recordings found would have that unique break or sample that could be used to produce the worlds next hit record. This is considered an art and some purists still do it that way today. However, with the help of the internet these old recordings are being uploaded in MP3 format to YouTube and other places. The new Crate Digging tradition is just finding those rare jewels online instead of physically traveling in search of them. On the other hand, someone has to go out to find the records worthy of uploading online. (A Diggers Dream) Producer Quelle Chris from Detroit had this to say “When you find something on vinyl it has a more magical feel for potential than when you find it on the internet”.(Noisey) That may be true, but in today’s fast paced society that could be a disadvantage for some producers. What makes it difficult is that the term “Digging” comes from the actual act, but now it’s been adapted to be used with current tech trends.

Vinyl records are still widely available to collectors and classic DJ’s even though the vast majority choose to use the MP3 format exclusively. Real digging in a physical record bin is just way more fun. Regardless, Crate Digging (or Net sampling) is a tradition within Hip-Hop that continues to thrive.

Cutting, scratching, mixing and blending will always be primary when it comes to Hip-Hop Dj’s. It doesn’t matter what kind equipment is being used. This is DJ Supreme from the World Famous Supreme Team; and the original sound of Hip-Hop. Check it out!

This short film catalogs he birth of Hip-Hop and the true pioneers of the art. If we don’t remember the legends it is as if they never existed, and if they never existed then the art would not exist. This is one of the best DJ documentaries out there. Check it out and let us know what you think.

This Dj Documentary is called – Scratch. Digging in the crates is a term used to describe how Dj’s and producers look though massive amounts of records to find rare beat breaks and sample tracks. Whether it’s for use in the production of a new track or just to add to their personal collection, having this professional knowledge of recordings “only makes good Dj’s better.” Today a lot of these records have been neatly catalogued on YouTube but there has to be millions of vinyl records out there still waiting to see the light of day. This documentary starts to look like an episode from hoarders but it’s interesting to note how humbling it can be to the aspiring musician. The documentary features legendary DJs Shadow and Dj Jazzy J (from South Carolina). Dj Jazzy J is the DJ for Afrika Bambaataa and the Universal Zulu Nation. They’re among the original pioneers of the music and art. Check out the full documentary available online. Props to the Dj’s who put in a tremendous amount of time and hard work digging through piles of recordings to find that rare piece of artwork.

A German music label called Kontor Records developed this new approach to pitching music in a retro-futuristic manner. Their goal was simply to grab the attention of agency directors and executives to get a chance to get their promotional music heard. To do so the label developed something they are calling Back To Vinyl “The Office Turntable”. According to them the approach increased targeted listener responses by 64%.

This is great for Classic DJ’s and Vinyl collectors alike, they can now play their records with their cell phone! I know I have a bunch of Vinyl records sitting around that I’m holding on to as if it were Google stock but this will allow me to digitally listen to the records and not worry about damaging them. Awesome new technology and marketing don’t you think?

You can now play vinyl records with your cellphone by videobash