Cyrcle Timelapse in Los Angeles from Aleksander Kocev on Vimeo.

Merry X-Mas and a Colorful 2015! from Global Graffiti Burners – App on Vimeo.

Watch Aires and friends in Detroit tear it up with Fresh Paint, from chrome fills to streetside burners in broad daylight. New Fresh Paint now in 60 colors at OinkArtLtd.com

Meggs Paints Epic ‘Rising Up, Back On The Streets” Mural In Detroit from 1xRUN on Vimeo.

Shepard Fairey: Obey This Film from Brett Novak on Vimeo.

“Several months ago I was commissioned by the Halsey Institute out of Charleston, South Carolina to shoot a short film on the infamous street artist behind OBEY: Shepard Fairey. I definitely knew Shepard’s work, whether it be that repetitive face of Andre the Giant popping up at every street corner I’ve ever been on, or as the Obama Poster that definitely did more for an election than just add aesthetic to it – but I was not aware at how incredibly inspiring Shepard would turn out to be. For a new understanding of how this skateboarder turned mega famed street star turned out to be, check this film out.” – Brett Novak

Additional Resources for Shepard Fairey Provided by ARTSY.NET. They include his bio, over 110 of his works, exclusive articles about Fairey, as well as his up-to-date exhibitions – it’s a unique Shepard Fairey resource.

Also included is Artsy’s exclusive interview, in which he discusses everything from his influences to the
technicalities of his process to his personal relationship to the art world.

How Shepard Farley is debunking the art world

“I’ve never really considered myself a street artist. I consider myself a populist.” – Shepard Fairey 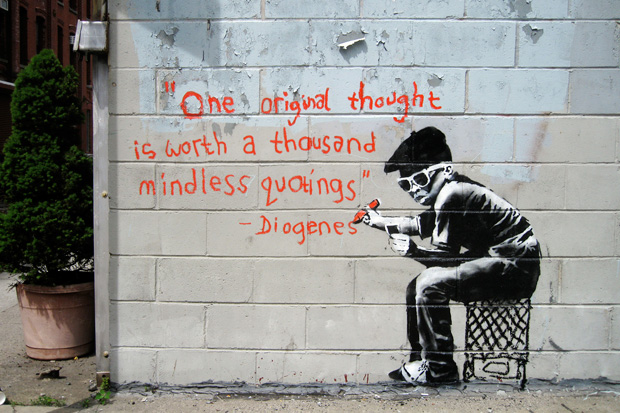 British graffiti artist Banksy announced a new movie covering his self-proclaimed “Artist in Residence” for the city of NY back in October of 2013. The idea was to tag a new piece of art on the streets of the city every day for a month. The results were some pretty amazing pieces along with him being declared an outlaw. It simply shows that if you pay attention you can find priceless art anywhere; however its value is only determined by the media and hype. Well done Banksy! (Huffpost)

Last Month Brazilian graffiti artist’s used the city as a canvas to protest the world cup. The protesters were upset with the government spending billions of dollars on the World Cup infrastructure rather than on basic human services. The street artist’s used graffiti as a peaceful platform to demand action from their government.
(The Guardian) 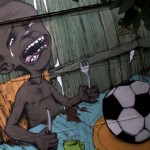 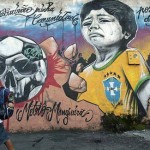 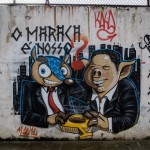 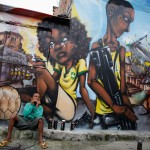 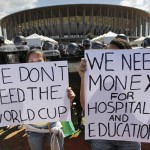 Yesterday Complex Magazine put out an article on the work of 10 Brazilian street artist. This Photo is in São Paulo and created by an artist named Alexandre Orion. There is some really interesting street art in their article. Check it out! (Complex Magazine) 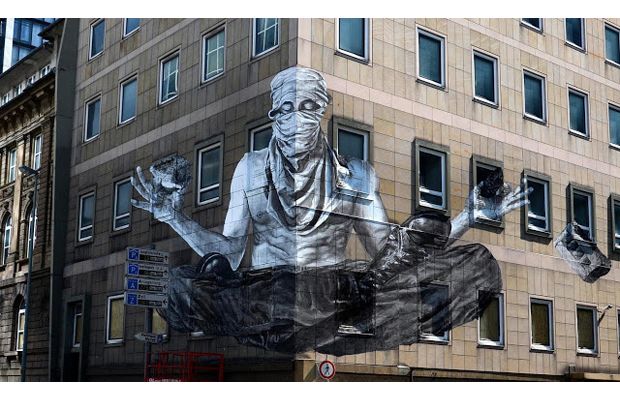 Does is a Dutch graffiti master who is known for the distinctive lettering which is his signature style. For Decades his art has been showcased on walls throughout the world. Does was also a professional footballer in Holland for over a decade, playing his last game in 2008.(GlobalStreetArt.Com) It goes to show that although engaged in other professions, a lot of Hip-Hop artist still continue to sharpen their craft and add on to Hip-Hop culture. 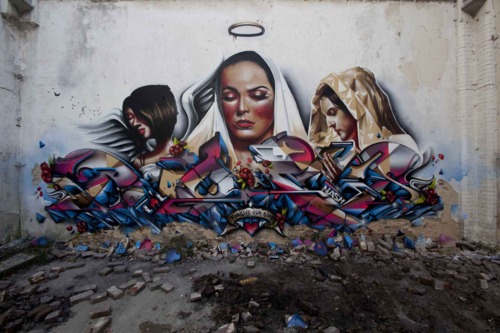